The gardeners dig a hole, drop in a seed and water it. They kind of know what seed it is, they know if planted a fantasy seed or mystery seed or whatever. But as the plant comes up and they water it, they don’t know how many branches it’s going to have, they find out as it grows. And I’m much more a gardener than an architect.” – George RR Martin

This gave me great hope when I read it a few weeks ago.

“Maybe I’m a gardener!” I thought to myself, watering some tomato plants. Maybe that’s why I’m rubbish at writing long stuff. I get scared by the bigness of a project and dive into a completely alien way of working.

Maybe, I think, if I work out what all the sections of this are, and plan it to the nth degree, then eventually I’ll just fill in the detail in all the little compartments I’ve created and the thing will be finished and beautifully structured.

But I just don’t work like that. Neil Gaiman explains his writing method:

Then, I’ll sit down and type. I’ll put it onto a computer, and as far as I’m concerned, the second draft is where I try and make it look like I knew what I was doing all along.” – Neil Gaiman (The Tim Ferriss Show”)

Another gardener! Write it, allow anything at all to happen, and then pick out the bits that make up an elegant plot in draft 2. He even goes on to say he prefers hand-writing his first drafts because then he can pick out the bits he wants when typing up, rather than having to delete whole pages of work on the computer.

Then I listened to another interview today which suggests that we may not be in control of our creative projects at all.

A true creator knows that you follow the thing to where it’s going, not where you think it ought to go.” – Adam Savage (via Tim Ferriss, again.)

Is it that a creative project has a life of its own, and we’re not the master of the thing we came up with at all?

“I saw the angel in the marble and carved until I set him free.” – Michelangelo

It’s all very well for people of extraordinary vision like Michelangelo, but not everything is captured inside a block of marble. And if it is, not everybody can see the statue. Some just see a very difficult and painful afternoon.

I guess if you look at it from outside your own skull and the point in time that you’re at, every creative project has a trajectory and a rate of ‘success’, but we can’t see all of it from the beginning.

So maybe the point is just to set off along the path, and see where we get to.

2 thoughts on “Do creative projects have a life of their own?” 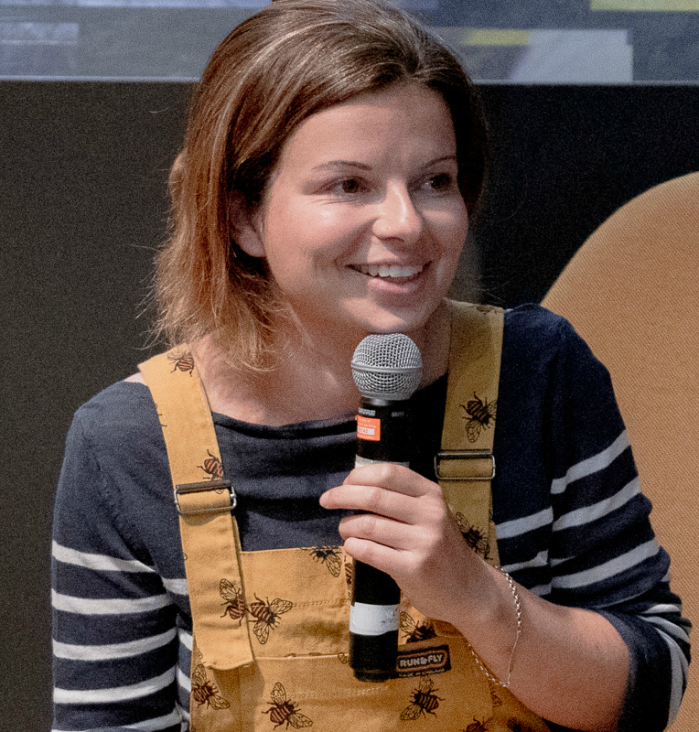 Rachel is a small comedian from Mordor, South London.

As heard on BBC Radio 4 Extra. Rach has written for Newsjack, The News Quiz and Listen Against. She has appeared on the Reasons to be Cheerful, Worst Foot Forward and Thank Book For podcasts, as well as her own comedy/science pod, Level Up Human.

Rach has chaired for the Royal Institution, gigged for the British Film Institute’s ‘Comedy Genius’ tour and performed at Glastonbury festival with the Ugly Animal Preservation Society.

In 2018 she was shortlisted for the BBC New Comedy Award.

Get in touch at rach@rachelwheeley.com